For a change, we will start our topic with a small quiz! What’s the name of the first person who received the Pfizer vaccine?

The majority wouldn’t probably know, all you can recall is the fact that she is a 91-year-old grandmother from England.

But if we ask you about the name of the second person who was vaccinated, you will surely not hesitate and say William Shakespeare.

Why did you remember the second person’s name and not the first person?

You remembered the name because it was in all the headlines on social media, but this is not the reason, because you thought Shakespeare, the English playwright was still alive.

Pages and websites like 9Gag, Buzzfeed, BBC, CNN, and many other well-known pages received a huge engagement on their posts. Pages are used having many likes, but this time, the comments were overflowing, as well as shares. On the opposite side, the page CGTN didn’t get that much attention or comments as the other pages.

Why did the same information get a lot of attention on a page, and a simple engagement on another?

The answer is very simple, it’s the used headline and the way of presenting the information.

CGTN wrote a basic headline: The second person to receive the vaccine is an 81-year-old man named William Shakespeare.

Meanwhile, other pages and websites wrote: William Shakespeare is the second person to receive the vaccine.

Not a big difference, but still we have two different meanings.

The New York Times went a little bit far and wrote: William Shakespeare has been vaccinated against the coronavirus. (Yes, you read that right.)

These kinds of headlines made people engage more, and comment even more saying that they didn’t know that Shakespeare was still alive, and some said they went to Google to double-check and found that the playwright passed away 400 years ago. The comments weren’t relevant to the real information, but people focused on the double meaning sentence.

What made people interact with the headline, it’s the fact that it gave people a reason to read the post. It also opened up the curiosity gap and appealed to people’s emotions. Emotions are not just love and anger, it can be being surprised, and that’s what people felt, they were surprised that Shakespeare was vaccinated.

It’s true the headline is quite misleading but succeeded in making the reader curious.

There’s a thin line between a misleading headline and a good headline that makes the reader curious. Copywriters and Content Writers should keep in mind that most people don’t read the whole post or article, they just read the headline. The headlines shouldn’t have information that may start rumors. For example, all pages and websites wrote that 6 people passed away because of the Pfizer vaccine. People only read the headline and started claiming that the vaccine kills.

The role of a headline is very important and huge. It can make a person skip your post and read the competition’s articles and ignore your hard work. But if it’s done well, it can push someone to click on your article and read it.

How To Write a Good Headline?

The headlines can determine how many people will read your content, so you need to pay more attention to creating attention-grabbing headlines. They may be small content, but headlines sometimes take longer to write than the actual content. 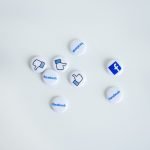 Advertising during Ramadan and Consumers’ Behavior

Ramadan is a holy month, but at the same time, it’s considered a special month for the advertising industry. Companies launch a wave of advertisements during this month and spend huge budgets over Ramadan. That’s why this month was called the Arab’s world Super Bowl. This spiritual

The Difference between Marketing and Advertising

Marketing is one of the most used terms in business. It has taken different forms and keeps developing over the years, which creates confusion with other terms. Most people believe that Marketing, Advertising, and Selling are the same thing. Some of them use these words as synonyms of Marketing, but

Ramadan is considered the season of commercials. It’s when the best and catchiest commercials are released. These commercials are known for memorable songs and funny ads. This year we saw several ads with emotional appeals, and the majority of them were related to the pandemic. In terms of commerc

Got Milk? : One Of The Best Campaigns Of All Time

In the 1990s, the United States knew major shifts in beverage consumption. Sales of Milk were dropping, because they were impacted since 1970, by the huge and aggressive marketing campaigns of Soft Drinks companies, that succeeded in taking milk’s place in people’s lives and stomachs.

How A Tape Was Used To Search For Missing Kids?

Social media plays a major role in finding missing people, people’s pictures and contact information are more widespread. Distributing posters and flyers of missing people was limited to the neighborhood the person lived or was last seen. So families started to rely more on the powerful reach of s

How did Curiosity generate high engagement for Netflix?

The Marketing world has evolved; direct messages aren’t considered that compelling anymore. Exciting the curiosity of viewers, making them confused, attract more people and attention to the product or content.  With the number of advertisements people see on a daily basis, the viewers feel the ne

How Did Dove Change Its Target Audience’s Behavior?

Social media became a place where people voice their accomplishments but also their insecurities, especially about physical insecurities. Young people constantly compare themselves online, either about their lives or their looks, because for them, beauty is what helps people to get online acceptance

Ya Roussia: The best commercial for the World Cup

Our first commercial from the Arab world is from “Tunisie Telecom” for their World Cup campaign “Ya Roussia Jayin”. The song campaign was created by JWT Tunis, and was filmed in two versions, Ya Roussia 1&2, preparing for Tunisia’s participation in the World Cup of Russia in 2018.

5 Brands With The Best Storytelling

People love stories, it catches their attention and they remember it for a long time. That’s why brands use stories to convey a message effectively or build a human connection. Storytelling is the art of using words, sounds, and even images to communicate a message or an idea. It’s the process o

People assume that all writers have the same general skill set and it’s just that there is a good and bad writer, a writer who prefers to write short and another who prefers tall posts. Many people mix copywriting and content writing, or even think that they are the same. This confusion can ca

The content strategy has various pillars that can help any marketer launch a successful content strategy. Some of these elements are the brand persona and buyer persona that we already explained in previous posts, and there is also what we call Tone of Voice.  What’s the Tone of Voice? The To

What’s Email Marketing, and What Are Its Type?

Email Marketing is considered by professionals one of the most prestigious marketing channels, but it is ignored and neglected by marketing agencies and marketers. Email marketing is based on targeting some people with their e-mail addresses, which makes the message directly reaches them, unlike oth

Email Marketing is one segment of Digital Marketing, and it can be considered as the most direct form of marketing. Email Marketing is the strategy of sending emails to prospects and customers, to develop relationships with them, and also to promote your business. The objective of this type of marke

What Is Curiosity Marketing?

The ultimatum objective of any company is to get the buyer’s attention and maintain it through engagement, to convert it later to sales. How to attend this objective when consumer behavior is a little bit complex? There are a simple mechanism and tool that can lead us to our goal: Curiosity.   C

What do you know about Pre-Rolls?

We all don’t appreciate it when we are ready to watch a video, instead of another video starts, either a service or product advertisement or even a song that’s promoted. And the problem you can’t skip them from the beginning. They can be annoying for many, but for businesses, they inevitably g

Leave a comment Cancel
Comments to: How Did a Headline Bring Shakespeare Back To Life?
Cancel reply
Don't Miss Out