We all wait for the Black Friday to benefit from huge discounts. We tend to keep a close eye on our favorite brand’s websites or social media for a promo-code or an interesting offer. What will be your reaction if your favorite brand posts an incomplete promotional post?

Normally for big brands, it’s important to plan a promotional campaign on holidays and events like Black Friday. The campaign is normally ready weeks or even months before the due day, with the design, caption, and links or the promo-codes. But this is not what happened with McDonald’s.

In 2017, McDonald’s corporate account tweeted an unfinished tweet about Black Friday. The tweet had only “Black Friday” followed by Need copy and link”. It was surely a reminder for the social media employee to include the promo content before scheduling the tweet. But he forgot to include the special offer in the tweet.

This mistake made many people and marketers wonder if it was a mistake or a deliberate action from the Marketing team to generate attention during a period of time when people are more interested in buying clothes, furniture, and electronics. It was maybe a way to make people go to McDonald’s stores to know what the promo is.

Why people started to doubt the mistake?

When there is an online mistake, it’s usually deleted before anyone sees it, however, the tweet was published on Friday, early in the morning, and has been published for over three hours without the Marketing team paying attention, even if it was during a working day and even why thousands of people liked the tweet and retweeted it.

But what caused more suspicion, is rather than deleting the Tweet, McDonald’s replied to that tweet and poked fun at themselves by promoting their caffeinated drinks.

They tweeted: “When you tweet before your first cup of McCafé … Nothing comes before coffee”

People loved the answer to McDonald’s, and the tweet went viral. Some people even asked the brand to reward the person behind this genius answer, by saying: “Please give whoever did that original tweet a break and whoever saved it a raise. If it’s the same person — a big breakfast platter.”

McDonald’s answer was perfect, whether it was a save to the mistake, or a planned strategy.

If the first tweet was a mistake, it means that the social media manager is a genius, for not deleting a tweet, and promoting one of their products. If it was planned it still makes him a genius because he made the tweet reach millions of people.

What can we learn from McDonald’s Black Friday Tweet?

If it was really a mistake:

If it was a Marketing Stunt: 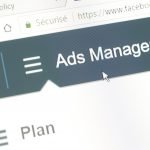 Next story :What Is The Learning Phase In Facebook Ads?

The work of a Content Creator is not as easy as it seems. Content creation requires skills, talent, organization, and constant practice. A content marketer can sometimes be the strategist, the designer, the idea creator, and the analyst.  To be able to level up your skills, and develop yourself, yo

The objective of Learn’n Digital from the beginning was to introduce the Digital Marketing to people who are new to this world and also go into details with people who already have enough information or work in the creative field. However, we receive many comments from newcomers that there are

Today, we will talk to people who don’t work in the Digital Marketing industry, but run small businesses. They surely hear a lot of information about Facebook ads. But they don’t know which information is correct and which one is not. The incorrect notions about Facebook advertising, can hinder

Who Is Neil Patel?

People who love or work in the Search Engine field, especially the Search Engine Optimization “SEO”, have probably heard of Neil Patel, they may even use his tools or watched his videos. Even people who are interested in Inbound Marketing, Growth Hacking, Business, Social Media, and Entrepreneur

KFC Drops Its Slogan For The First Time In 64 Years

The Covid-19 pandemic is evolving on a daily basis. That’s why all businesses and organizations are joining forces to diffuse the safety tips and ways to protect yourself from the virus.  One the first advice is to wash your hands often with soap and water for at least 20 seconds and avoid to

Newsjacking: Reckless, But We Love You!

You have probably heard or seen about the conflict and separation of the Egyptian Superstar Tamer Hosny and his Wife Basma Boussel who announced their divorce in an Instagram Story. The reproach of Tamer on the Instagram Story made Basma write another Story that made the tour of the internet and has

How Did KFC Transform a Crisis into a Creative Campaign?

In early 2018, many people went to KFC in the UK, but much to their surprise, there was no chicken. A global chicken fast food franchise running out of chicken, can you imagine it?  KFC’s Problem KFC was forced to close about 900 branches across the UK. The chicken crisis was caused by DHL wh

Samsonite: The best campaign with a low budget

The airport is the best place to remind travelers of the value of having a strong suitcase. In 2016, Samsonite, who is considered as one of the world’s leading, iconic travel brands, chose Palma de Mallorca Airport to launch their Low Budget Campaign. The objective of this campaign was to remi

5 Tips to Write a Copy that Sells

Sales copy has the objective of persuading the reader to take an action. The action is not always buying, it may be the action of filling a form, following you on social media, visiting your website… Having creative ideas is very important, but when it’s combined with great copywriting skills it

10 Tips To Create An Interesting Portfolio

A Portfolio is not just for designers and video editors. It’s important for Copywriters and Content writers too. It’s very difficult for copywriters to get clients without a portfolio. Because the potential clients and even employers prefer to see samples of your work, it may be previous work or

Email Marketing is one segment of Digital Marketing, and it can be considered as the most direct form of marketing. Email Marketing is the strategy of sending emails to prospects and customers, to develop relationships with them, and also to promote your business. The objective of this type of marke

‘Just Do It’ slogan: Inspired by the last words of a murderer

Created in 1988 by Dan Wieden, the slogan “Just Do It” was inspired in a murder’s last words. Gary Gilmore killed a gas station employee and a motel manager and got punished by the death penalty. Before he was executed, he was asked if he had any last words. “Let’s do it,” he said.1 At

We are in an era where founders of the most important companies within the world, like Facebook, Snapchat, and Google, started their businesses in their teens or early 20s. But when it came to Sir Martin Sorrell he didn’t see that 40 years old may be a late start. Who is Martin Sorrell? And w

Leave a comment Cancel
Comments to: How Did Mcdonald’s Transform a Mistake Into a Success?
Cancel reply
Don't Miss Out