The Egyptian artist Mohamed Ramadan is facing another controversy for taking a picture hugging an artist and a footballer in Dubai. He was accused of normalizing with the Zionist entity, and not only betraying the Palestinians but also the Egyptians.

The uproar and outrage were created, when the Israeli Government posted the picture on social media claiming that arts bring nations closer. The post created a controversy on social media. But the celebrity denied knowing the nationality of the people who take pictures with him. However, the Egyptian Actors Syndicate decided to ban him from acting until the investigations are over.

This is the third controversy of the Egyptian actor this year. And every time there is a trending hashtag to boycott Mohamed Ramadan and all his work. But this time the hashtags and posts on social media are more serious. The controversy is quite serious and the audience is following it closely.

Ramadan is not only an actor and singer, but he is also a brand ambassador for a couple of brands especially Etisalat.

What does Brand Ambassador mean?

A celebrity endorser or brand ambassador is a promoter or a person who is hired to represent a brand positively. His role is to increase brand awareness and also influence their audience to buy from a particular brand or buy a certain product.

Marketers use brand ambassadors to pass from the positive image of the celebrity to the product or service. To succeed in this kind of advertisement, the influencer, or celebrity should have the same values and ethics as the brand.

However, brand ambassadors’ controversies and scandals can affect public perception of the brand they are associated with. It can even change the values of the brand. Because the positive image, the person was benefiting from quickly turned into a negative one, and he loses all the notoriety. The controversy harms the brand the celebrity endorses.

What should brands do when their brand ambassador is involved in a controversy?

The company or brand image and the celebrity or influencer’s image becomes linked to each other. However, some people say that the brand won’t be affected and some believe that the consumer’s perception of the brand changes. In both cases, the brand needs to reduce the damages and also the risks.

The brand or the company should:

What brands and companies need to remember is when a brand ambassador or an influencer gets involved in controversies or has a negative behavior, the brand needs to let the customers know the brand’s position on the issue.

Companies are obliged to provide an answer. They need to issue a statement stating that the behavior does not represent the company’s behavior, they can even stop the partnership. They can restrain from talking about the issue if the behavior aligns with their values. 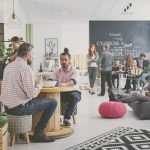 Previous story :Working in A Digital Marketing Agency vs In-House?

Social Media is a significant digital marketing tool, where it is considered to be a highly important place for businesses and content creators as a reason of the benefits received related to achieving business objectives. Social media platforms require a lot of time, effort, and a decent strategy t

Today, we will talk to people who don’t work in the Digital Marketing industry, but run small businesses. They surely hear a lot of information about Facebook ads. But they don’t know which information is correct and which one is not. The incorrect notions about Facebook advertising, can hinder

Have a break, have a KitKat Slogan

“Have a break, have a KitKat. ”  Kit Kat has the concept of a break since 1939, but the slogan was introduced in 1957 and still in use until today!  Donald Gilles from JWT created this slogan, and was inspired by the sound it makes when the chocolate bar breaks, the company’s old

‘Just Do It’ slogan: Inspired by the last words of a murderer

Created in 1988 by Dan Wieden, the slogan “Just Do It” was inspired in a murder’s last words. Gary Gilmore killed a gas station employee and a motel manager and got punished by the death penalty. Before he was executed, he was asked if he had any last words. “Let’s do it,” he said.1 At

All you need to know about Growth Hacking

Every business needs a growing fanbase, and users to be able to generate an income and increase the revenue. All entrepreneurs and Marketers have one objective, is growing the business. To reach the goals, startups, and businesses, in general, opt for Marketing. It’s the core of making money f

How to come up with a catchy name for your business?

The first thing that many startup owners think of when they want to start a business is not the business plan, but the name.  Everybody wants the right name for his business because the name can play a massive role in the success of the company. For many people brainstorming business names can be f

Newsjacking: Reckless, But We Love You!

You have probably heard or seen about the conflict and separation of the Egyptian Superstar Tamer Hosny and his Wife Basma Boussel who announced their divorce in an Instagram Story. The reproach of Tamer on the Instagram Story made Basma write another Story that made the tour of the internet and has

How did Curiosity generate high engagement for Netflix?

The Marketing world has evolved; direct messages aren’t considered that compelling anymore. Exciting the curiosity of viewers, making them confused, attract more people and attention to the product or content.  With the number of advertisements people see on a daily basis, the viewers feel the ne

Where To Find Adequate Influencers For Your Business?

Social Media platforms paved the way for the emergence of influencers, due to the nature of platforms that allow sharing pictures and daily life stories. Influencers became at the core of marketing because brands need content, and these influencers became capable of creating content that appeals to

All you need to know about Super Bowl and Advertising

The Super Bowl is the annual National Football League championship played between the champions of the National and the American Football Conferences.  It’s annually the most-watched sporting event in the world. It was broadcasted to more than 170 countries in 2018 and garnered an average o

F8 is Facebook’s annual conference, in which they talk about specific topics and the giant social media network announces and introduces its new features and updates. The “F8” name comes from Facebook’s tradition of an 8-hour event. This year, several new updates coming to Fa

Interview with the Associate Creative Director of Vodafone’s Commercial

Ramadan is the perfect opportunity to launch campaigns that focus on family gatherings, friendships, and even affection between neighbors. These emotional campaigns have the objective to promote the feel-good moments that we feel when being with our loved ones. Since it’s a month, where people gat

Who Is Seth Godin, and What Can we Learn From Him?

Since you got into Marketing and the Digital world, you made millions of researches and read many articles to learn new concepts and ideas about this large world. You may be familiar with many big names in the industry, like Philip Kotler, or Ogilvy. And you certainly came across Seth Godin. Who is